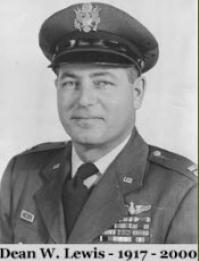 Luke Land Realty has been a family run operation since its inception back in 1959.

Dean W. Lewis settled his family in the Phoenix area shortly after WWII where he served as an Air Force captain piloting the B-25 bomber. He continued his service at Luke Air Force Base, which was the inspiration behind the catchy name of our company. In 1958, after a total of 11 yrs in the Air Force, he began his pursuit of a career in real estate. During his time in general brokerage, Dean brokered real estate to some of the original “big shots” here in Arizona, but he later saw the benefit in having more control of the deal.

In 1971 Dean’s 2nd son, David F. Lewis, decided he would also pursue a career in real estate. As a father-son partnership they specialized in raw land sales, participating in general brokerage and private investments. In 1975 David took the reins and purchased the business from his father, and has been steering the ship ever since. He generated a business plan based on bringing together a core group of quality investors in order to form partnerships which allowed for the purchase of bigger and better deals.

Dean W. LewisIn 2003 David’s 1st son, Luke D. Lewis, followed his lineage and returned to Phoenix to work with his father, just as his father did before him. Luke’s previous experience in Los Angeles brought in new ideas on investing outside the niche of raw land, broadening the scope of interest across the entire commercial real estate market.

In 2007 David’s 2nd son, Mark D. Lewis, joined his brother and father at Luke Land, completing the family team and establishing himself as the final link within the three generations.

Having been around since 1959, Luke Land Realty has witnessed the booms and busts, peaks and valleys experienced in the real estate market here in Arizona. By dealing fair and straight, and only doing business with those who practice the same, Luke Land has weathered the storms, and we look forward to carrying on from the examples first set by Dean W. Lewis.